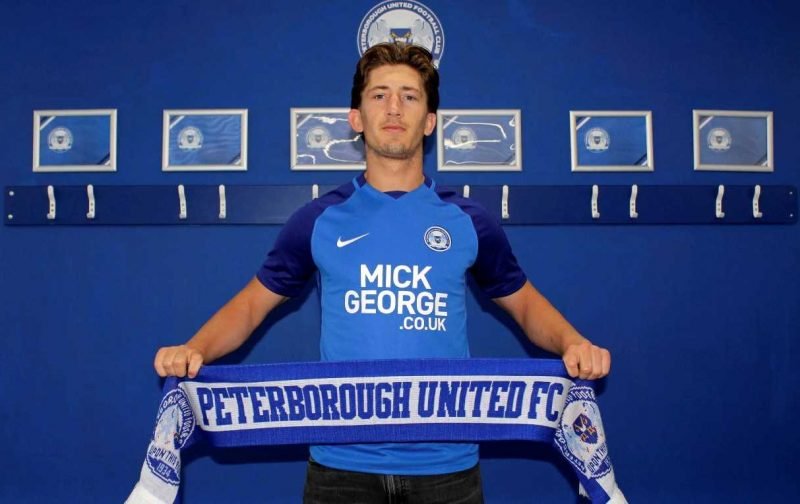 After seeing the collapse of the transfer for Stevenage striker Matt Godden due to the demands of his agent, Peterborough United Chairman Darragh MacAnthony is “absolutely buzzing” to have captured his next signing.

This signing was so important to the co-owner that he was discussing the move while still in the shower this morning!!

That was a new one this morning. Negotiating a deal whilst in the shower with head out door on phone as this deal too important to not get done. The Phone is never off at this time of year. Not good sometimes with time difference here in Orlando ????.. 4am/5am…new normal

The player in question is 25-year-old Alex Woodyard who has signed from League Two side Lincoln City and was announced via MacAnthony on Twitter:

Absolutely buzzing to sign 25 year old Alex Woodyard on 2 year deal plus option year for undisclosed transfer fee from Lincoln to join our new look CM unit. Alex has show great ambition over greed to join @theposhofficial and a super addition to our squad. Welcome Alex!!

The Imps reached the League Two Play-Offs last season but missed out to losing finalists Exeter City. Imps boss Danny Cowley had wanted to keep the player he managed at Concord Rangers and Braintree Town and was under no pressure to sell. However, Woodyard had a release clause in his contract which was actually triggered in January by Luton Town.

On that occasion, Woodyard decided against moving but with a number of League One clubs again triggering the release clause since the end of the season, he has decided to finally challenge himself higher up the League ladder. According to MacAnthony on Twitter, there was even a Championship club that came calling at the very last minute matching the fee but, unlike Godden, Woodyard has chosen “ambition over greed”.

MacAnthony admitted we tried to sign Woodyard a couple of seasons ago but he decided to commit his future to Imps boss Cowley. He has played a pivotal role for the Imps ever since helping them to reach the quarter-final of the Emirates FA Cup and clinching the National League title. The midfielder was also awarded with the Player of the Season Award for 2016/17. In total, he made 113 appearances during his two-year stay at Sincil Bank.

Posh boss Steve Evans was delighted to capture Woodyard as he was “top of the list” he highlighted to the board during the recent trip to the States as he explained to the official Posh website.

Judging by the comments from Lincoln City fans on Twitter, it looks like we’ve got a real talent on our hands. He actually sounds a bit of a Charlie Lee/Mick Halsall-type of player who gives his all.

Warrior is an understatement. Never injured, never gets suspended, never tires, always gives 110% and puts his body on the line game in, game out. Football never seems to have been about money with Alex. Turned down 20+ Club’s to initially sign for us two-years ago.