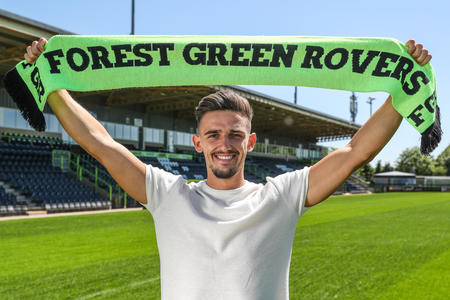 Since then, we have seen seven players depart. One of whom was at the end of his contract (Callum Chettle), so he automatically left the club, while two of the other six players, Andrew Hughes and Leo Da Silva Lopes, were on the retained list.

While Director of Football Barry Fry is busy trying to get rid of the unwanted players, it appears Posh are getting more and more bids for players they want to keep. As with all clubs at our level, every player has his value and if a club matches or betters that value then he will more than likely depart the club.

For the third time this pre-season, that has happened at Posh! This time it’s right-back Liam Shephard who has departed! Not only is this another surprise for our other regular fullback, we’ve now lost both regular fullbacks from last season, but he has made the drop down to League Two!

Forest Green Rovers, who finished in 21st place last season and just one point from the relegation places, have agreed an undisclosed fee for the 23-year-old. Shephard has signed a two-year deal at The New Lawn after being “impressed by the ambition of the club”. You can read what else he has to say on the Official Forest Green website.

Shephard will team-up with his new teammates on Monday when they return to pre-season under the guidance of former Posh boss Mark Cooper. Cooper actually tried to sign Shephard in January but at that point, the right-back had just returned from injury and was enjoying a run in the team.

If Shephard had stayed at Posh, he could well have struggled to make the starting line-up after Jason Naismith arrived at the club a couple of weeks ago from Ross County. The Scot is widely tipped to become a Scotland International so it would appear that Naismith was already ahead of Shephard in the pecking order. As Shephard said in his interview to the Glovers website: “it’s about playing games for me”, he has certainly done the right thing and moved on even though he would’ve been a good squad player to have at the ABAX Stadium.