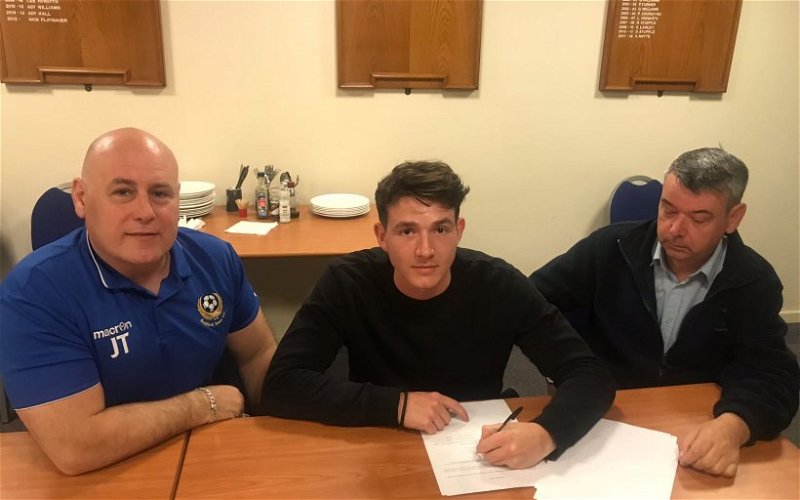 After the departure of last season’s captain, Jack Baldwin, to League One rivals Sunderland, Peterborough United are looking to fill the vacant central defensive spot before the transfer window shuts.

With three experienced central defenders on their books, could they be looking at a younger player with the potential to fill Baldwin’s place?

The player in question has already played against Posh in pre-season when his Bedford Town side lost 4-2 at the beginning of July. Despite conceding four goals, this player impressed the Posh management.

Ollie Swain is a left-sided central defender who has made over 100 appearances for Bedford and signed a new one-year contract at the Eagles in May.

Eagles boss Jon Taylor was delighted to have kept the player as he said to Pitchero: “I am delighted to announce the signing of Ollie Swain who was one of my best players last season.

“Not only did he put in consistent performances every week he was definitely one of the most improved players. From his excellent form, he attracted good interest from clubs higher up the pyramid.”

It’s not just Posh that have been keeping a close eye on the 21-year-old. According to Just-Football.com, fellow League One side Barnsley and Championship side Sheffield Wednesday are also tracking the central defender.

With him currently plying his trade just down the A1 from Posh and with the reputation Posh have of bringing players on and catapulting them to bigger clubs, could this tempt Swain to come to Posh?