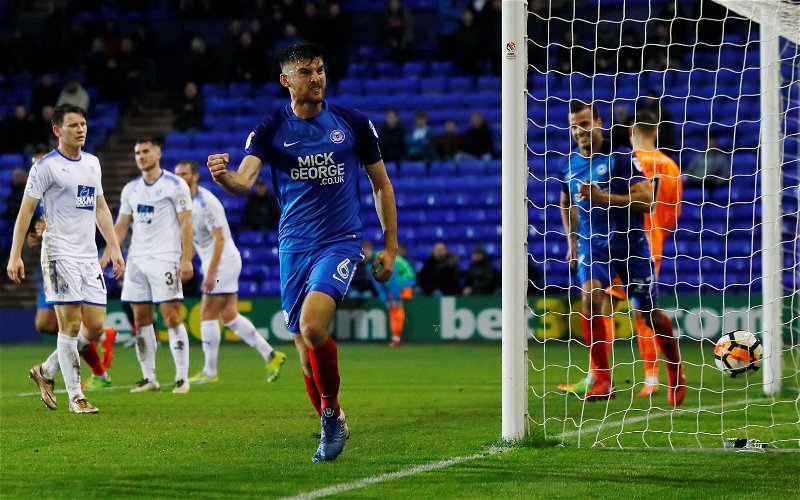 Peterborough United central defender and former captain, Jack Baldwin, has departed the club and signed for rival League One side Sunderland.

The 25-year-old has penned a two-year deal at the Stadium of Light after an undisclosed fee was agreed. It was widely rumoured that the fee Posh were looking at was as little as £200,000. If that was the fee then the Black Cats have certainly got a bargain but hopefully, there are a lot of add-ons which will take this deal well over the £1 million mark.

Baldwin signed for Posh back in January 2014 from Hartlepool United for £500k and had been described as a “young Alan Hansen” by his former Pools boss Neale Cooper in an interview with BBC Sport.

He reads the game well, is determined in the tackle and good at headers but there is a big “BUT”. This “but” is the constant howlers he was making on a regular basis which often resulted in goals conceded! A lot of these howlers were simple basic mistakes and if Sunderland have a defensive coach, unlike Posh, then we’re sure these basic mistakes can be removed from his game and he has the potential to become one of the best central defenders in the Football League!

If he has this potential then why have Posh got rid of him?

Posh Chairman Darragh MacAnthony obviously thinks highly of the central defender and probably would’ve kept him if it was down to him but he is backing the judgement of boss Steve Evans:

We certainly feel this could be a mistake to let him go especially after seeing his replacements! We just hope the new arrivals settle in very quickly and form a solid defence; something we haven’t had for many seasons!

With a new boss arriving at Posh at the back end of last season, he obviously saw the regular mistakes Baldwin was making. After five seasons of failing to get back to the Championship, Evans thought a complete overhaul was needed instead of making a few tweaks to the squad and placed the majority of the squad on the transfer list including Baldwin!

Baldwin is the 18th player to leave the ABAX Stadium with 16 leaving on permanent deals! Four of those players have moved up to the Championship and we fully expect Baldwin to be there next season with the Black Cats having established himself as a permanent fixture in their backline.