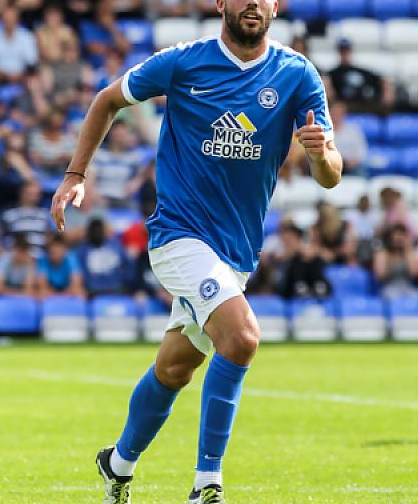 Peterborough United have parted company with midfielder Brad Inman after an agreement was reached to cancel his contract.

Signed in the summer of 2016, Inman arrived at the ABAX Stadium with a reputation of being versatile and who can play out wide or down the middle. Sadly, for Inman, Posh also brought in Gwion Edwards during the same pre-season and it was obvious from the first pre-season match we saw the pair that one was far better than the other. What also didn’t help Inman’s cause was the broken leg he suffered during that first pre-season!

When Inman returned to full fitness, he struggled to impress whenever he was given a chance and ended up playing less than a dozen times for Posh as he was shipped out last season on a season-long loan to fellow League One side Rochdale. He was a bit hit and miss at Dale but he impressed the management enough to bid for him after last season had finished. Inman failed to agree terms with the Lancashire club and with no one else interested in the player, it was in the best interests of both parties to go their separate ways.