Did Posh Fail To Agree Terms With Championship Striker? 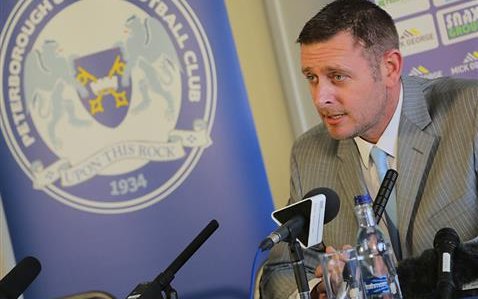 Peterborough United are still on the hunt of that elusive “target man” but they have come close to signing a Championship striker.

Preston North End striker Eoin Doyle has been the target of both Posh and Aberdeen according to reports in the Scottish Sun but this report has been denied by Posh Chairman Darragh MacAnthony!

A fee in the region of £300,000 was agreed but the striker was unable to agree personal terms. Preston boss Alex Neil is happy for Doyle to move on as he is deemed out of favour at Deepdale.

Doyle is certainly still capable of doing the business in League One after scoring 16 goals on loan at Oldham Athletic last season although his goals couldn’t save the from relegation.

He would certainly bring experience with him but age is not on his side and being only 5 feet 10 inches, he’s not exactly a target man!

While we still have Jack Marriott in our ranks, there is certainly no rush to bring another striker in. With loanee Jason Cummings, newcomer Matty Godden and youngster Matty Stevens all showing potential in the pre-season games, the striking positions are in a healthy state. Obviously that will change if Marriott is sold.