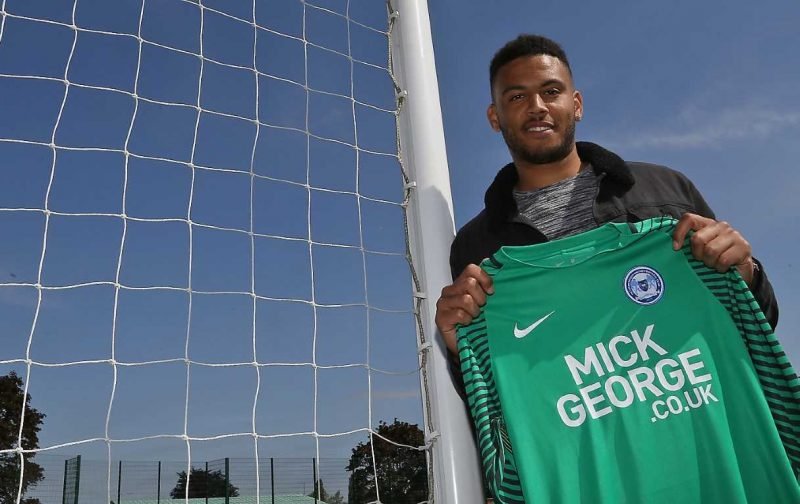 With loanee Jonathan Bond returning to his parent club Reading and teenager Josh Tibbetts being lined up to go out on loan next season, we were in the market for another keeper and boy, is he big!

Standing at 6 feet 7 inches, Aaron Chapman has signed a pre-contract agreement with Posh to challenge for the number one jersey with Conor O’Malley. The contract is for two years with an option of a further year.

Chapman played for League Two Champions Accrington Stanley last season keeping 18 clean sheets along the way. He was also named the Sky Bet League Two Golden Glove winner. He was out of contract at the Wham Stadium but had been offered a new contract by Stanley.

Evans and Chapman were both delighted to get the deal completed especially as there was interest from other League One clubs. You can read the comments of both men on the Official Posh website.

At 27-years-old, many people will say for a goalkeeper he is coming in to his prime. His size and shot stopping attributes will be a bonus for Posh who have mainly relied on loan goalkeepers for the last two seasons. Now we have two keepers who can challenge each other and whoever gets the nod on the starting day of the season will have to be on top form week-in week-out to keep that jersey.