Facts, Stats and Man of the Match – Posh 1-1 Doncaster Rovers 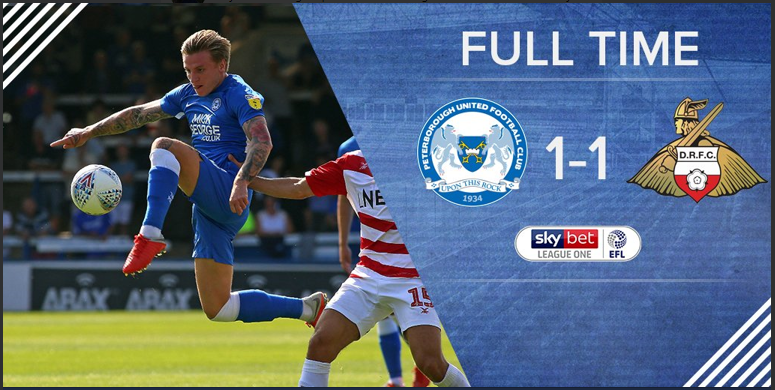 Posh probably used up a “get out of jail free” card with this draw against a strong Doncaster Rovers side.

The number of times the woodwork or poor finishing saved the blushes of Posh were simply embarrassing!

Rovers are easily the best side Posh have faced this season but although Posh rode their luck at times, it was good to see them keep out Grant McCann’s side to earn a share of the points. They also had to do that without either manager Steve Evans or his assistant Paul Raynor on the touchline after both received red cards following a frustrating display by the match official.

The visitors opened the scoring five minutes before the interval in what started out as a Posh freekick just inside their own half! Goalkeeper Aaron Chapman hit a poor ball which allowed Rovers to break quickly which saw one-time Posh target John Marquis skip past a disappointing Alex Woodyard before chipping Chapman who just lay down on the ground!

What did you think about the performance of the Posh players? Do you agree with the sponsors’ man of the match choice which went, surprisingly, to Siriki Dembele?

Rate the players below: