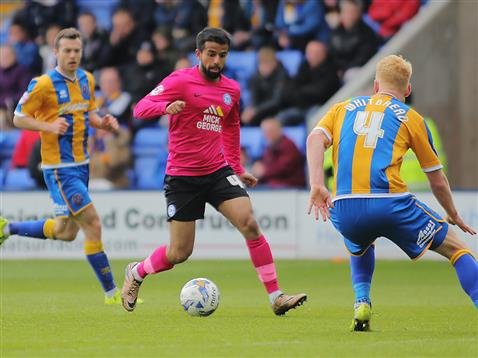 Posh signed Nabi in January 2016 for a fee of £1 from West Bromwich Albion. He was apparently well thought of at Albion but felt it was in his best interests to find first team football away from the Hawthorns.

After signing for Posh, he linked up with Graham Westley’s team and made his debut from the substitutes bench in a 2-1 loss to Gillingham.

After Westley’s departure, Nabi found first-team football hard to come by and has been transfer listed by the Posh for a considerable amount of time. In January 2017, Nabi was set to join Port Vale, but the deal fell through when Vale sacked their manager.

In two-and-a-half years at the ABAX Stadium, Nabi made 8 appearances for the Posh, so he hasn’t exactly found that “first team football” he needs. He finished last season on loan at non-league Nuneaton.