Idris Kanu Heads Out On Loan 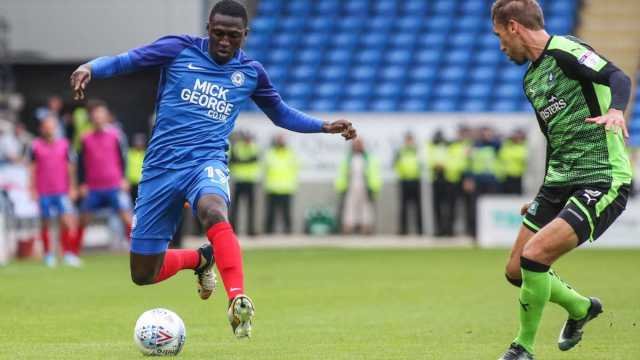 It had been widely rumoured ever since it was announced Idris Kanu would be heading out of the club on a season-long loan this coming season that he would be heading to League Two side Port Vale and today, it has finally been announced!

Kanu will spend the whole of next season at the Valiants and team up with former Posh striker Ricky Miller who made a permanent move to the Potteries last week.

After progressing through the youth system at West Ham United, Kanu went on to have a trial with Manchester United under 18s before signing for Aldershot Town in October 2016.

Having become Aldershot’s youngest ever player to feature in a league game, he subsequently made over 30 appearances for the Shots before signing for Peterborough last summer.

The 18-year-old striker was always around the first team last season but struggled whenever he got a chance to show what he is capable of. He is greatly thought of by the Posh management who have high hopes for him but it was a big mistake not to send him out on loan last season. Hopefully he can continue his progress this season at Vale and get more playing time in the first team.