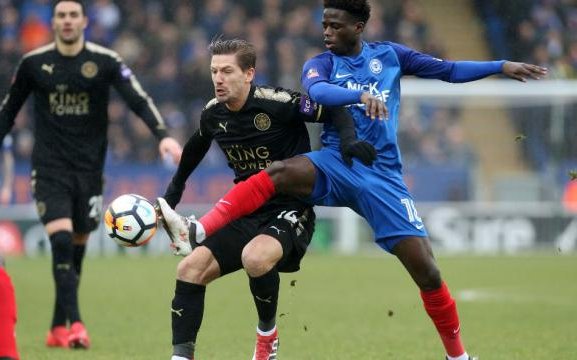 Da Silva Lopes was spotted by Posh playing at Powerleague and was quickly recruited into their Academy. He made his debut when he was just 16 and has since gone on to make over 100 appearances for the ABAX Stadium club. He also made his International debut last season when featuring for the Portugal Under 20 side.

During the last pre-season, Da Silva Lopes was outstanding in all the games but when the season came, he rarely played in his best position and was usually found as a right-back or wing-back!

There is no doubt the teenager does have bags of talent, not that some Posh fans could see it as they criticised him constantly, but it’s how you use that talent and unfortunately, all the managers we’ve had have failed to get the best out of him consistently. Hopefully, the coaching staff at the Latics can bring the best out of him as he makes the jump up with the League One title winners to the Championship.

Latics manager Paul Cook was quick to highlight the fact that Da Silva Lopes isn’t the finished article as he said to the Official Latics website: “Leo has been one of the best young players in the EFL over the past couple of seasons, this is a really strong addition to our squad.

“Everyone has to remember Leo is just 19 and has his best years ahead of him but he certainly has the foundations to become a top level player.

The midfielder paid tribute to Posh and the managers he’s played under especially Grant McCann.

Chairman Darragh MacAnthony was also full of praise for the youngster:

Delighted for you Leo & well done to our Academy with another 7 figure sale on talented teenager who will do brilliant as he rises through the leagues. Not always appreciated as ‘One of our own’ whilst here but football people can see the talent. We will Miss you Leo ????????!

With the additions Posh have already made for the central midfield, Leo may have struggled to make the starting line-up on a regular basis…unless he was used again in an unaccustomed position!

It’ll certainly be interesting to see how he progresses over the next few years and whether he does turn out to be a top-class player for club and country.