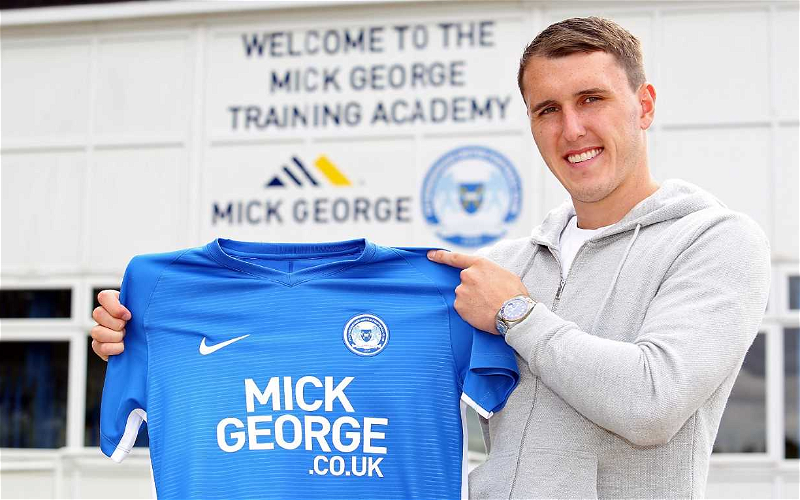 Peterborough United have signed player number 15 of the summer and it is a player who hopes to bring goals to the midfield department…something that was desperately missing from the central midfield area last season.

Callum Cooke has agreed a two-year deal plus optional one additional year after an undisclosed fee was agreed between Posh and his former club Middlesbrough.

The 21-year-old has spent time away from Boro on loan getting much needed first team action at Crewe Alexandra and Blackpool. In fact, he knows a couple of Posh players from his loan spells at both clubs. Midfielder George Cooper was at Alex at the same time while Colin Daniel was at Blackpool last season with Cooke. That spell at the Tangerines saw him face Posh and come away from the ABAX Stadium with a one-nil victory. He wasn’t in the squad when Posh travelled up for the reverse fixture. Cooke has also played for Boro in the Checkatrade Trophy.

Cooke played 30 times for the Tangerines last season scoring two goals and assisting with four goals while his three-month stint at Crewe saw him score four goals in 18 appearances while having a hand in six other goals.

Posh Chairman Darragh MacAnthony was obviously delighted to get any player signing permanently who has potential:

Tenacious CM who likes to bomb forward, eye for a goal, played over 30 times for Blackpool in League 1 last season prior to injury & is 21 with lots of room to improve with us etc. An excellent addition to our CM corps. https://t.co/kVzs9Xj85z

His goal statistics doesn’t exactly match the “eye for goal” statement but if he can score a couple of goals next season he would have matched the top scoring central midfielder from last season!

We’ve already seen in pre-season that the central midfield want to get into the box more which is very promising and with Cooke similar minded in that respect, then he should be a good appointment.

After being at the same club for a long time, it was a tough decision to make the move but he felt the time was right and you can see what he said to the Official Posh website HERE.

Cooke also tweeted about looking forward to the start of the season which begins on Saturday with the visit of former Posh striker Tom Nichols and his Bristol Rovers side.

Delighted to make the move to Peterborough couldn’t be more happier and excited to start the season now, big thanks to @Boro for the past 12 years been full of great memories ???????? pic.twitter.com/GePFhVBwq0