Morias Is A Cobbler 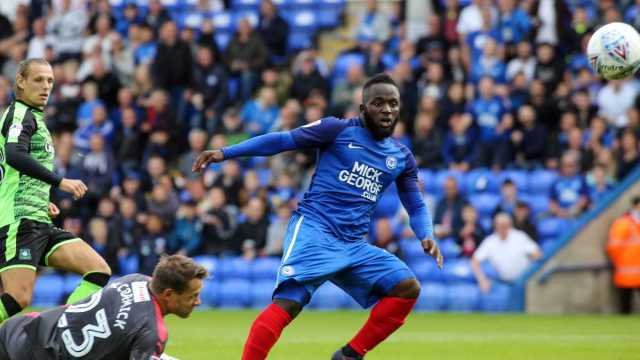 Peterborough United have sold striker Junior Morias to near neighbours Northampton Town for an undisclosed fee.

Morias joined Posh from non-league side St. Albans in January 2017 but struggled to make the step-up often finding himself on the substitutes bench. He went through a major transformation last summer and came back very lean starting the season with a bang scoring the winner against Plymouth Argyle on the opening day of the season. He went on to notch five goals in the opening 12 matches of the season before suffering a devastating injury that kept him out of action for a number of months.

Sadly, he failed to recapture that early season form and struggled to get back into the starting line-up. When he returned from injury at the end of 2017, Posh suffered a very disappointing one-nil defeat to nine-man MK Dons. He made 18 appearances after coming back from injury scoring two goals.

After being placed on the transfer list at the end of last season, Northampton Town, Stevenage, Crawley Town, and Ebbsfleet were all interested in signing the striker. Ebbsfleet were the first side to have a bid accepted but the player didn’t want to drop out of the Football League. The Cobblers have now had a bid accepted by Posh with the player agreeing to terms on a two-year deal.