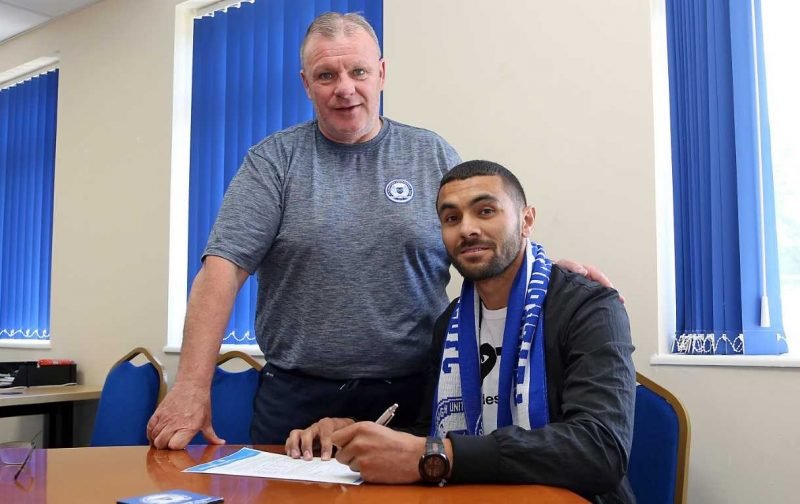 Peterborough United have made their third signing and their third freebie! Colin Daniel has spent the last two seasons at Blackpool but became a free agent at the end of the season.

Although he has been signed to provide competition at left-back and left-wing back, Daniel can be best described as a “utility” player! His former club describes him as a midfielder although he played most of last season in the full-back position. He can play at left-back, midfield and as a forward according to Wikipedia!

The 30-year-old has spent two-thirds of his career playing in League Two or below though so it is a bit worrying that he is now identified by Posh as someone that can help us achieve promotion from League One!

Daniel, like the first two signings by Posh, goalkeeper Aaron Chapman and central defender Rhys Bennett, has agreed terms on a two-year contract.

Speaking to the official Posh website, boss Steve Evans said: “I am delighted that another part of the recruitment process has come together with the signing of Colin Daniel from Blackpool. Colin has had another outstanding season and we have had to be patient as the kid has taken, quite rightly in my opinion, time to speak to a number of clubs that I would see competing at the top end of League One next season.”

However, in the same article, Daniel’s somewhat contradicts that by saying: “As soon as I heard Peterborough were interested, it was a no brainer.”