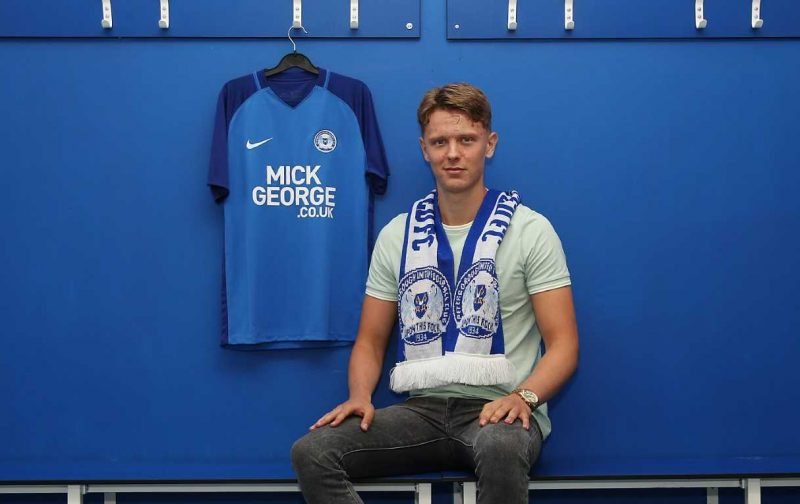 Peterborough United have made yet another signing but it’s not another freebie!

Training compensation must be paid to a player’s training club when a player signs his first professional contract with another club and on each further transfer until the end of the football season of his 23rd birthday (Article 20 of the FIFA Regulations on the Status and Transfer of Players).

It is due when:

The move is subject to international clearance after terms on a three-year deal were agreed. O’Hara, a former Scotland Under 19 and 21 International, played 71 times for the Dens Park club during the last two seasons having signed from Kilmarnock in 2016. He has 12 goals to his name at Dundee with four of those goals coming last season.

O’Hara made his professional debut for the Killie at just 16 but was a right-back until he was converted to a midfielder at Dundee. Does that mean we could also see him challenging Liam Shephard for a full-back position as well as his current position as a midfielder?

Posh boss Steve Evans spoke to the official Posh website about the signing of O’Hara saying: “He is an exciting, full of energy, box to box central midfield player who can score a goal by arriving into the box with some wonderfully timed runs. He is young and for me has an outstanding future ahead of him. I am looking forward to working with him.”

Having been offered a new deal around the turn of the year, his heart has been set on a move and a new challenge which he now has at Posh. “I’ve played in Scotland for five years now, I was 16 when I made my debut, and sometimes you need a new challenge, a fresh start,” said O’Hara.

It will be interesting to see how the 22-year-old settles south of the border as he admits himself he knows it is going to be ‘different down here’. Being ‘part of a promotion push’ was one of the attractions to the 6ft 4 inch midfielder after speaking to Evans.

O’Hara will be a complete unknown to virtually all Posh fans but let’s hope he turns out to be a better midfielder than the last one we had!