Posh Sign Number Nine But Is He A Midfielder Or Forward? 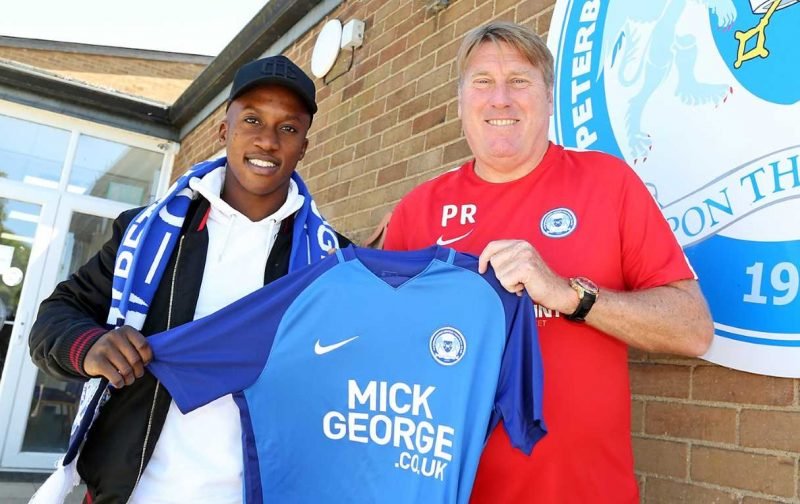 Peterborough United have made their ninth signing of the summer when capturing Siriki Dembele from League Two side Grimsby Town for an undisclosed fee.

The 21-year-old made 39 appearances for the Mariners last season scoring four goals, three of which came in a five-game spell during October which also saw him scoop the EFL Young Player of the Month award. He was played more as a winger though after signing last summer following a successful trial but Posh boss Steve Evans plans to convert him to a forward!

Nope. The Gaffer sees the kid developing into one of our forwards because of his directness and pace.. So relax..not to replace Gwion. https://t.co/B9bV0QoTmC

There’s been a mixed reaction from Mariners fans on Twitter but as MacAnthony points out, he is still young and in fact, last season was the first time he’d played professional football:

Thanks. Lots of fans having pop at Grimsby boy running out of steam before xmas at 20 in 1st season in EFL..Happens.. Time to develop and improve but has all raw ingredients we like. Reed another. 2 great young gems posh fans will learn to love. https://t.co/P6ywpPEp7B

Evans is looking forward to developing Dembele as he said to the Official Posh website: “it’s our job now to work with him and help him develop and make Peterborough United part of his own special footballing journey.”

Dembele, who is the older brother of Celtic star Karamoko Dembele, has signed a three-year deal.