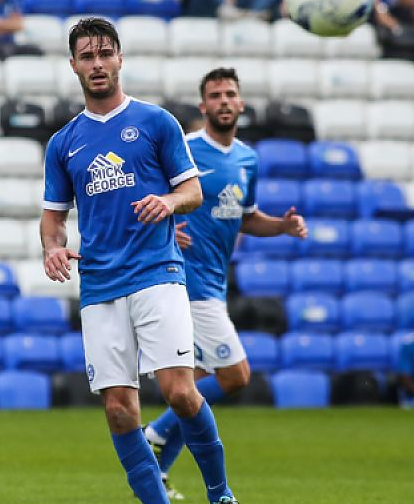 Peterborough United defender Andrew Hughes has become the second player on the retained list to be sold…and he won’t be the last!

Hughes signed a two-year deal at Posh in 2016 with the option of a one-year extension which Posh triggered at the end of last season. During that time he has been described as “Mr Dependable” and someone who gives everything.

Some Posh fans will see it as a surprise that he has been snapped up by a Championship side, but someone who is a good defender and can play equally well at left-back and as a central defender, he was always going to be noticed.

That was exactly the case when Preston North End came knocking on the door at the ABAX Stadium…or rather making numerous bids on the phone to Director of Football Barry Fry. At least three bids from the Lilywhites were rejected before an acceptable one came in allowing the 26-year-old Welshman to negotiate a contract with the Championship side and do a medical.

As with virtually all bids these days, the figure will remain “undisclosed” but with the defender in the last year of his contract and with his agent indicating that he wouldn’t be signing a new one, it was in everyone’s interest to capitalise on the interest shown.

Hughes completed his medical today before signing a three-year contract at Deepdale.

Chairman Darragh MacAnthony believes he will do well in the Championship after tweeting:

Yes I think he will do very well in the championship. https://t.co/3Q0AW3jcWt

Good luck @MrAndrewHughes on your deserved move to the championship. Been a pleasure having you at @theposhofficial for last 2 years.

There were also congratulatory messages from some of the players he has left behind:

Congratulations bro, been a pleasure playing with you, absolute rock by my side.. fully deserved ???? https://t.co/KNTH9fakkS

Hughes was also quick to thank everyone at Posh once he completed all the paperwork:

Delighted to have joined Preston North End..would like to thank everyone at peterborough United for the past 2 years made some friends & memories life and wish you every success for the coming season. Can’t wait to start this new chapter in my career at PNE ⚽️ pic.twitter.com/CwKHgLMoWF

It certainly is a good move for Hughes and we wish him well.