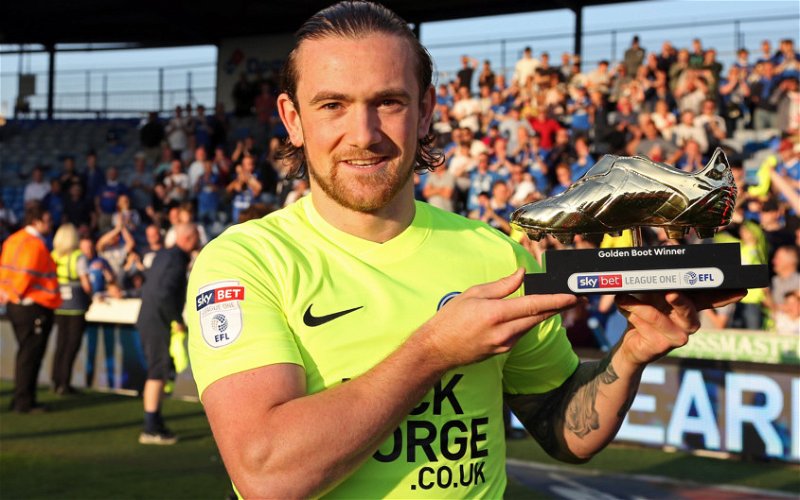 Championship side Derby County have completed the signing of Posh striker Jack Marriott for an undisclosed fee. The 33-goal striker passed a medical on Wednesday before signing a three-year deal.

Marriott is certainly excited about joining the Rams and has described the move as a “no brainer“.

The League One Golden Boot winner is only 23-years-old and having notched 33 goals in all competitions last season for Posh, he must surely only get better. Yes it is a step up but we saw in the FA Cup last season against Aston Villa that he can do it against a top Championship side.

He will leave massive boots to fill in the Posh forward line with loanee Jason Cummings and newcomer Matty Godden hoping they can be at least half as successful as their predecessor. Posh are expected to bring another striker into the club to replace Marriott and hopefully this will be done in time for their only home pre-season match on Saturday when Bolton Wanderers are the visitors.