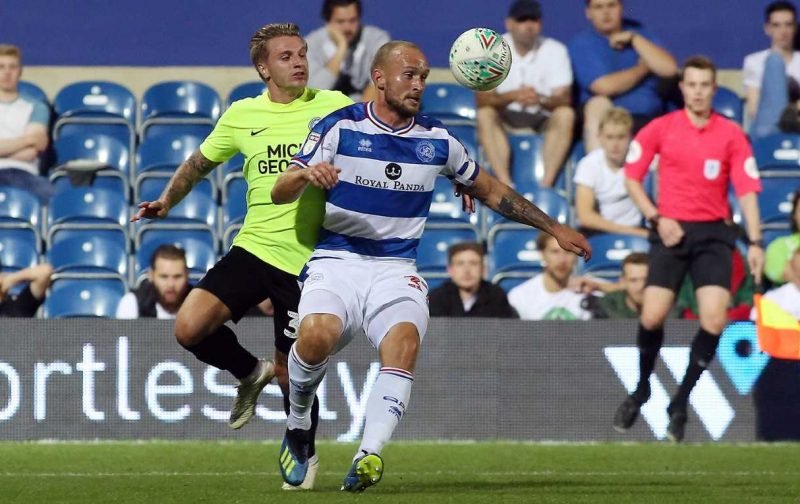 Peterborough United fell to their first defeat of the season in the first round of the Carabao Cup on Tuesday evening. Two goals in the first six minutes gifted the game to their hosts QPR with both goals being set-up by former Posh striker Conor Washington.

The match was a game of two halves…sort of! Posh simply didn’t turn up for the first 45 minutes and quite rightly, the Posh fans weren’t happy with what they saw:

Any half decent champ side could have put 5 past us in opening 20! #pufc

QPR look like they might score every time they go forward, which is often at the moment. #pufc

I’d rather posh play well in the league than the carabao cup, but still we are playing awful #pufc

Seen us play better. No one really been impressive this first half. Maybe Naismith. Ward & Woodyard very poor #pufc pic.twitter.com/6BM5kraP6U

The second half was much better but by then, the game was virtually over unless Posh could nick a goal. Sadly, although the performance improved in those second 45 minutes, QPR didn’t have to seek another goal, they just had to control the game effectively which they managed to do.

Posh fans were much happier with the second half as they said:

2nd half was so much better, but realistically it was over after 7 minutes. Let’s forget this quickly and get ready for a massive game on Saturday #pufc

So did I! 2nd half we saw just how poor QPR were as well. Long season for them #pufc

If you disregard the 2 goal start we gave #QPR, we literally drew 0-0 with a fairly reasonable championship side. Lots of positives to take from that. #pufc

Were QPR “poor” as The Posh Blog suggest above or did they just manage the situation?

If Posh had managed to get a goal back, and they nearly did on a few occasions, we may have seen a different Rs side but as they managed to keep a clean sheet, they didn’t really have to do anything differently.

The match saw full debuts from Leeds United loanee Tyler Denton, midfielder Callum Cooke and striker Ivan Toney. There was certainly a mixed reaction to the performances from the trio:

Cooke is similar to tomlin, without the ability #pufc

I’ve only been here for half of the first half and Denton is the worst left back I’ve ever seen, not interested. Neither is Toney. #pufc

It’s probably unfair to criticise the debutants too much but it also proves the gulf between a poor Championship side and a League One side hoping to win promotion come the end of the season.

Overall, it would’ve given the players an idea what sort of level they need to get to and at this stage of the season, there is a long way to go but as we know, the players are still new to the club and still need time to gel. Let’s just see where we are, come the end, of the year and how we’ve progressed during the first half of the season.