Trio Of Bids Rejected But Has A Lilywhites Bid Now Been Accepted? 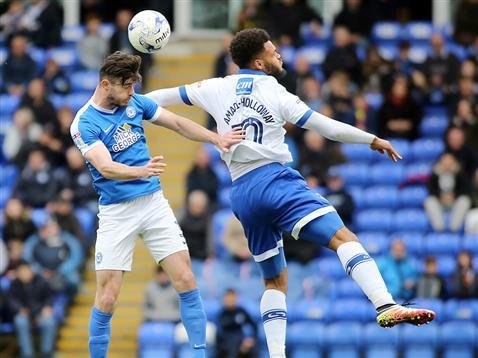 We revealed yesterday that Peterborough United had turned down three bids from Championship side Preston North End for left-back Andrew Hughes, but it now appears that another bid from the Lilywhites has been accepted!

Reports in the Lancashire Post suggest a fee has now been agreed between both clubs. The left-back will travel up to Lancashire for a medical this week before finalising terms on his move.

Hughes’ contract was due to expire at the end of June but Posh have taken up an option of another year and even if he stays for the season, he won’t be at the ABAX Stadium after that as Director of Football, Barry Fry, confirmed: “We’ve spoken to his agent about a further extension, but he insists that won’t happen.”

With that in mind, Posh may as well capitalise on Hughes while he is still under contract. He has had two very good years since making the step up from Newport County but he fancies challenging himself higher up the football league ladder. We know Chairman Darragh MacAnthony is usually quite persuasive when we want to keep players longer such as was the case last pre-season when Marcus Maddison renewed his contract.

Could MacAnthony do the same with Hughes in the hope that we get promoted this coming season?

Possibly not as the Chairman, tweeting from his holiday in Hawaii said Posh were already targetting a player who can play at left-back amongst other positions. Could this be Hughes’ replacement? It certainly sounds like it.