Which strikers could Peterborough United sign for League One next season? 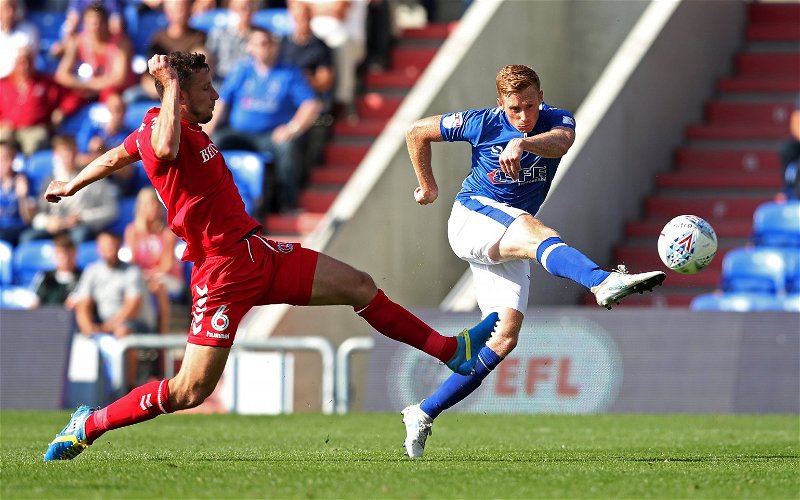 With the expected departure of 33-goal Jack Marriott and teenager Idris Kanu being shipped out on loan, Posh could find themselves without any forwards if transfer listed duo Junior Morias and Ricky Miller are also sold.

So who could Posh be looking at to fill the vacant striking positions?

Posh Chairman Darragh MacAnthony has said he doesn’t want to deal with Premier League clubs when it comes to loan signings but would he be tempted to deal with a newly promoted Premiership club?

Wolverhampton Wanderers striker Duckens Nazon had two loan spells away from his parent club during the season, firstly with League Two side Coventry City and then with relegated League One side Oldham Athletic.

The French-born Haitian footballer has proved to be quite a handful for opposition defences with his physical style of play and ended with 14 goals in 40 appearances over the two loan spells. Four of those goals came in his last six appearances for the Latics!

With Wolves being promoted, it is believed the 24-year-old striker would be made available for a loan deal next season but would Posh be interested? 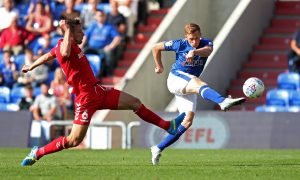 The striker had two loan spells at relegated Oldham Athletic during the season scoring 14 goals in 30 appearances. His first spell saw the Irishman score 12 goals in 17 games before returning to his parent club Preston North End. After overcoming a blood clot, Doyle returned to the Latics at the end of January but only scored two goals in 13 games.

He’s a striker who has done it in League One and with him unlikely to feature for the Preston first team, could they be tempted to sell the striker? One thing that could work against Posh capturing Doyle is the players preference to stay up north. However, with Doyle being on the wrong side of 30, would Posh be interested in the striker? 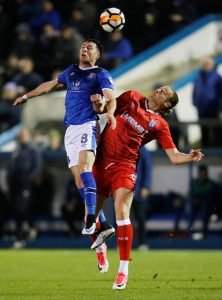 Posh rarely sign tall centre forwards and when they have done, they have turned out to be flops but with Steve Evans now employed as manager, fans are expecting to see a fair bit of hoofball which means a tall striker is expected to be signed. Could 6ft 5in Tom Eaves be that player?

Eaves has enjoyed his most prolific season hitting 18 goals during the season including a hat-trick on the final day of the season against Plymouth Argyle. However, he only scored seven goals the season before when he was with struggling League Two side Yeovil Town! This season aside, Eaves hasn’t been very prolific and could be a one season wonder so would Posh want to take a chance?

The Sudan-born Cheltenham Town striker has had a very good season in League Two scoring 25 goals. MacAnthony has already denied any interest in the 23-year-old on twitter when asked by a fan but just as Jack Marriott is interesting clubs higher up the Football League ladder than Posh, there will surely be clubs from League One and above considering making a move for Eisa.

In a recent interview with his club, Eisa said: “I am still learning and I don’t want to rush anything but I have got faith in myself now. I know my abilities and I know what I can do so I want to challenge myself to play higher if possible.”

If he is to move to a higher league club, then surely Posh, given their track record of plucking lower league strikers and giving them that stepping stone, would be an ideal choice!

The 23-year-old Huddersfield Town striker has been doing the rounds on loan in League One for the last couple of seasons and has just completed his loan spell at Fleetwood Town. He came off the bench for the Cod Army in the final home match at Posh and looked a threat but was he trying to impress Evans in the home dugout? He had a very good chat with Evans on the day but was it just a joke he was having or was Evans eyeing up the striker for next season?

During his loan spells at Wigan Athletic, Walsall, Bradford City and the Cod Army, Hiwula has regularly popped up with goals and is a player that could hit the ground running if Posh were to bring him in. 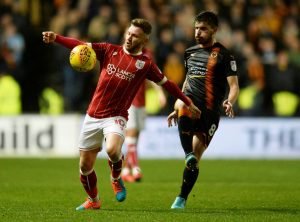 Currently plying his trade in the Championship, Taylor has seen his playing time limited since his move across Bristol from Rovers to City. He was a regular goalscorer in Leagues One and below but has just notched three goals in 23 appearances, would the Robins look to cash in on a player who has failed to live up to expectations so far?

At 28-years-old he would be one of the more senior players at the ABAX Stadium if he did arrive at the club but surely Evans wants a mixture of raw youngsters and mature players who complement each other rather than the usual young players with potential that we normally just go for? 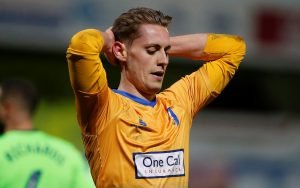 It was obvious that Posh would be linked with at least one player from Evans’ former club and after hitting 14 goals for the Stags in 39 appearances, could Danny Rose be that man?

He is another player who hasn’t been prolific in his career so far but did Evans see enough during his time at Mansfield to believe he can do a job for Posh in League One? Rose started his career at Barnsley but made less than 20 appearances scoring once while being shipped out on loan to Bury on two separate occasions. Rose eventually signed for the Shakers before signing for the Stags two years later in 2016. Two years further down the line, could the 24-year-old make his next move?

Positional and Player of the Season polls