Pompey have only played away from home three times this season winning twice while drawing the other one. The match at the ABAX on Saturday will be Pompey’s first away fixture this month after beating Plymouth Argyle (3-0) and Gillingham (4-0 in the EFL Trophy) before drawing with last season’s surprise package Shrewsbury Town (1-1) at Fratton Park.

Away from home, Pompey drew nil-nil in their last outing against Rovers but had beaten Bristol Rovers (1-2) and Blackpool (1-2) prior to that.

Posh have also beaten Bristol Rovers two-one this season which happened on the opening day of the season. Posh then went on to beat Luton Town (3-1) before drawing one-all with Doncaster.

There have only been 16 clashes in the League between the two sides and there is nothing to separate them. Both sides have won five times with six matches ending in a draw. The last time the sides drew was back in 1997 when they battled out a two-all draw. Both sides scored in the eighth minute before Pompey took the lead in the 24th minute. Both sides were reduced to 10-men in the 80th minute with Posh’s Scott Houghton and Pompey’s David Waterman getting an early bath. Just a minute later, Martin Carruthers struck the equaliser.

Who will come out on top on Saturday? If Pompey win, then they will leapfrog Posh to the top spot but anything less, then Posh will still be top of League One come 5pm on Saturday.

Give us feedback
‹ Previous 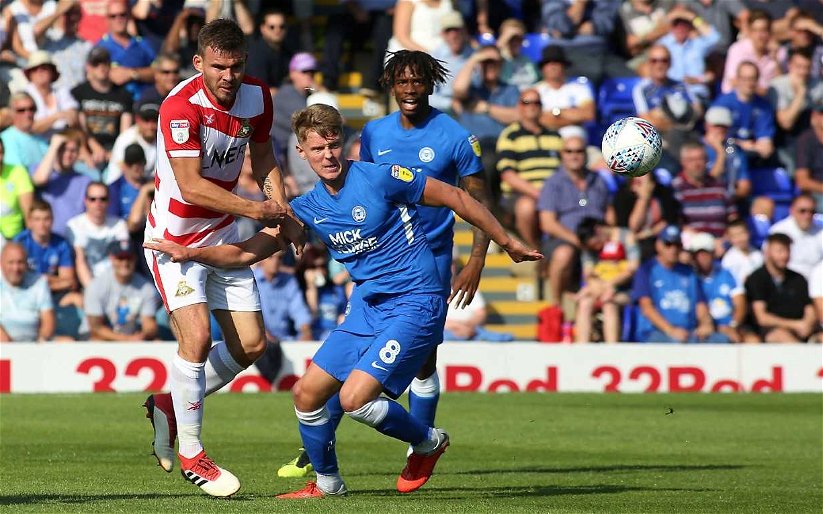