Who has won the August 2016 Vital Posh Player of the Month poll?

Who has won the August 2016 Vital Posh Player of the Month poll?

Posh played eight matches during the first month of the season winning half of them and losing half of them! Two of the defeats did come in Cup matches when they lost 3-1 to Premier League side Swansea City and a 6-1 thumping in the re-vamped Checkatrade EFL Trophy to Norwich City under 23`s!

Of the five League matches, Posh won three of them ending the month in seventh place, four points off Bolton Wanderers who sat top of the League at the end of August.

Posh may have changed manager again over the summer, but we are again seeing goals flow in both nets with Posh having scored 11 goals in their five League matches while conceding six goals.

As usual there have not been many clean sheets but the one that Posh did achieve was at MK Dons who were relegated from the Championship last season.

So who came out on top of the first monthly poll for the player of the month?

The top three players in August`s Vital Posh Player of the Month, as voted by you, were: 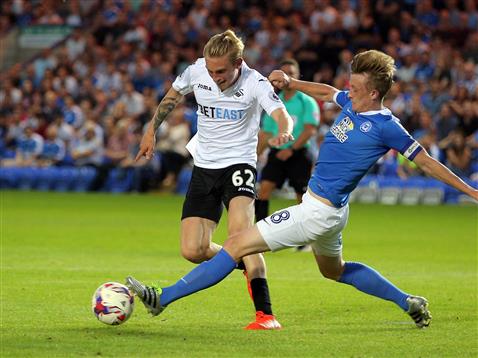 Don`t forget to vote in the following polls which are currently running at the time of print:

We`re looking for your thoughts and views as well as bloggers and article contributions too so please share some of those with your comments by clicking the image below?

With news and views, polls and article comments, everything you need in a fans site is right here!

Vital Posh is 100% interactive. Not only can you have your say on the articles but you can also suggest an article or a poll so you can air your views.

So why not join Vital Posh today?
It’s easy to REGISTER HERE. Simply click the link and enjoy getting involved!.


Get involved
This website is your website and we are looking for people to help run the site. Do you go to most of the games and have an opinion? Why not write a match report? Perhaps you are a budding journalist or even just someone who is very opinionated? Well why not join our team? If this interests you please contact Vital Posh at peterborough@vitalfootball.co.uk or
via