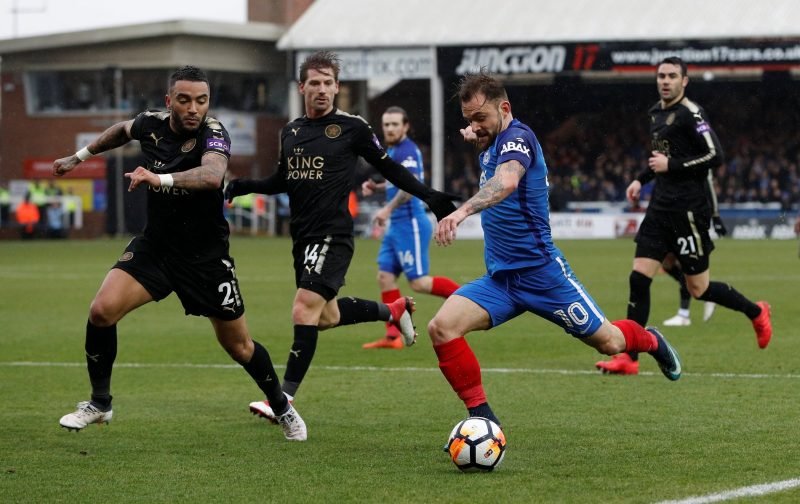 Departing forward Danny Lloyd had a mixture of Posh fans who adored him while many thought he was a trier who managed to grab a few goals.

Regardless of their thoughts surrounding how good or average Lloyd was, everyone wanted to wish the player all the best on his transfer to non-league side Salford City. That was until he came out on Twitter to say his wages at Posh were “peanuts”!

For someone playing their first ever season in the Football League, you would’ve thought he’d be on a low wage for a professional footballer but imagine your surprise when you find out he was earning £80,000 per year and he described that as “peanuts”?

Imagine getting paid over £80k in your first year of playing professional league football & describing it as earning peanuts ????????????. Genuinely in shock reading that. But then again nothing surprises me in this game. But still wish him every success in future endeavours & thanks.

Lloyd’s comments certainly smacks the ordinary fan in the mouth and it hasn’t gone down well as you can see by some of the Tweets below:

Lloyd sadly showing himself for what he is. A bad egg. Don’t want them at posh and good riddance. Imagine even commenting about “only” being paid 80 grand a year #pufc pic.twitter.com/2vxtkD0Bzv

He was a goalgetter, i’ll give him that, but lets be honest, Danny Lloyd was not a very good league one player. His style of play was the type Posh fans love, running like fuck for 90 mins, without contributing with much else. Good lad, but good riddance. #pufc

This honestly disgusts me, peanuts Danny. I’ll tell you what’s peanuts, having about £200 every 2 weeks to live on. Don’t talk about peanuts wen you get paid fucking steak geezer ???? #pufc #shambles https://t.co/3Pqrfa0d31

The following Tweet probably sums up the feelings of most Posh fans regarding what has been said:

As much as I wish him the best, and appreciated his efforts at Posh, Lloyd’s comments about money leave a sour taste – to refer to football wages as ‘peanuts’ suggests a sense of arrogance and a player who thinks he’s bigger than others #pufc