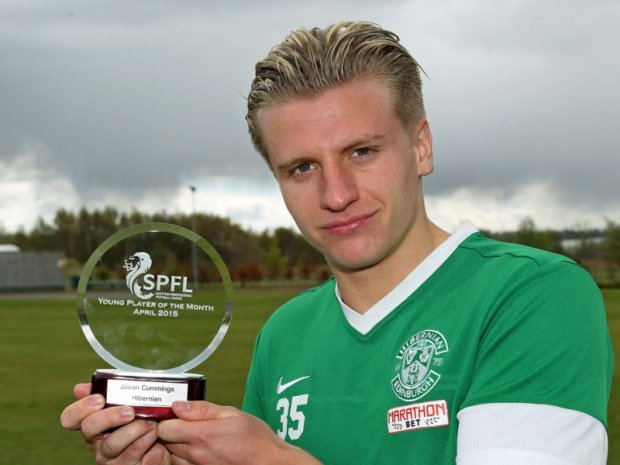 Peterborough United have signed a player they once bid over £1 million for just two seasons ago! Hopefully, it won’t be unlucky for him but the loan signing becomes the thirteenth player to arrive at Posh this summer!

Striker Jason Cummings has signed a season-long loan from Championship side Nottingham Forest. The 22-year-old was at Scottish Premier League side Hibernian when Posh tried to sign him on a permanent basis back in August 2016. That bid didn’t come off but a bid from Forest just 12 months later saw the Scotsman head south.

Despite scoring three goals in his first three appearances for the Reds, Cummings only went on to make seven appearances before he headed back to Scotland for a loan period with former giants Rangers finding the net six times in 18 appearances. Cummings certainly knows where the net is though as he scored 46 goals in 109 appearances for Hibs and if he can get back to that sort of strike rate, then Posh will have a very good replacement for the widely expected departure of 33-goal striker Jack Marriot.

Posh have been in the market for strikers with bids for Cheltenham Towns Mo Eisa and Bradford City’s Charlie Wyke both being turned down so have Posh resorted to the loan market instead? Surely once Marriot departs, they will use some of the incoming money to sign someone on a permanent basis? Maybe we haven’t heard the last of bids for Eisa or Wyke!

You can read the thoughts of Posh boss Steve Evans on the Official Posh website but needless to say he was delighted to capture a player with a lot of potential.